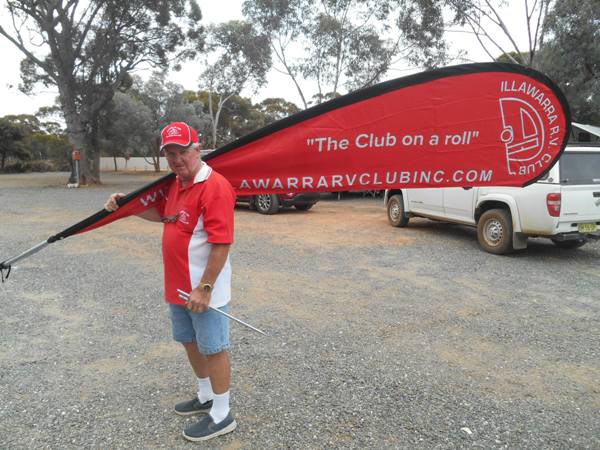 It was a sunny Friday afternoon in a caravan park on the North Coast. Diane & myself were relaxing around our Van, when suddenly three cars pulled up across from us. Some men and kids got out and started erecting a large marquee and tents. After about two hours one van pulled up and then another and another. Before we new it there were four tents, two large marquee’s and six vans, heaps of kids and lots of mums and dads.

It got the better of me and I asked them if it was a family get together or a club. The answer to both was no. It was a bunch of people who had two things in common, all their kids went to the same school and everyone liked camping and caravaning. I said to Diane we will have to join a club.

As we had only a couple of friends with vans, after doing some research on local van clubs I found none were within cooee of Wollongong. Putting the wheels in motion I contacted the Lake times newspaper to put an add in the paper to form a club. That was in September 2010 and my mobile went into overdrive for about two weeks and was still ringing with inquiries two months later. I can only say I was overwhelmed with the response.

The first meeting was held at the Motorlife Museum at 10 am on Sunday 10/10/10 with 83 people taking part. A name was voted on and we came up with “ILLAWARRA RV CLUB INC”. 31 vans registered to join on the day and a date was set for our first rally.